Binary economics proposes that national bank-issued interest-free loans should be administered by the banking system and that, while no interest would be charged, there would be an administrative cost as well as capital credit insurance if necessary.[51]

This supply of interest-free loans for the spreading of productive capacity (and the associated consuming capacity) as well as for environmental and public capital would take place in circumstances of a move (over time, on market principles) to 100% banking reserves.  Thus the banking system would not be continually creating money (as happens today) but would be confined to lending (with permission) depositors’ money and the bank’s own capital.[52]

New interest-free (repayable and cancellable) loans would then come from the national bank for productive capacity (and be administered by the commercial banks).  Thus new, efficient productive capacity and widespread consuming power (thereby creating a true balance of supply and semand) will be the backing of the currency.

Nanpu Bridge in Shanghai
Interest-free loans would allow low-cost public housing, hospitals, social housing, roads, bridges, waterworks, schools etc. to be built for one half, one third, even one quarter of the present cost. (This use is also advocated by the USA Sovereignty movement — Congressman Dennis Kucinich, Ken Bohnsack et al.). However, the capital projects can still, if wished, be built, managed, even owned, by the private sector and use made of Community Investment Corporations and the like.[53] 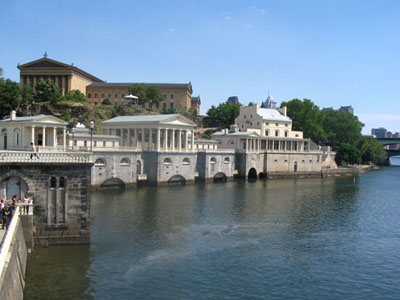 With interest-free loans not only would the cost of public capital projects be halved, even quartered, but their financing would not need to be done with interest-bearing money. A major consequence would be a great diminution of the National Debt.

Throughout the world 25,000 people die each day as the result of dirty water. 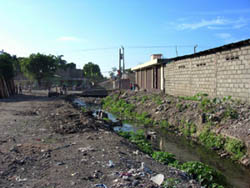 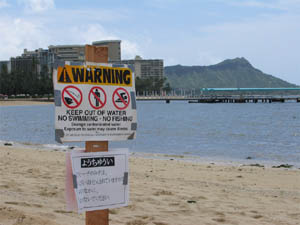 can be ended by building a sewage works. 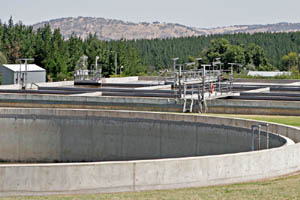 Interest-free loans for public capital projects are being used today and have been used in the past. Such loans have undoubtedly been used by the English Channel Island of Guernsey over the years but exact information as to the present postion is difficult to obtain. However, it can be noted that Guernsey has minimal national debt and low income tax. Today Malaysia is believed to be experimenting with such loans and, of late, has achieved some remarkable feats of construction. Over the period 1939 – 1974 Canada used the loans and, today, many Canadian municipalities are again demanding their use. In the USA, 3,400 governmental bodies (local boards, towns, cities etc) and six State governments support the idea – a Bill (HR 1452) reached Congress but was defeated by powerful vested interests.

After 1935 New Zealand used such loans — for hydropower schemes, railways, state housing etc. — and had a remarkably prosperous period to the 1970s when the loans were stopped. People should ask why the example of the New Zealand is not being followed. At an interest rate of only 1%, hydroelectric projects and public housing were financed. Why not today?

Furthermore, after 1949 national bank loans were a major factor in the Taiwanese Land to the Tiller program which spread land ownership from the few to the many. This was done without causing inflation and was an overall binary solution because, in various ways the money went into the spreading of both productive and consuming capacity. (One way was by financing the buyout with industrial bonds, thus giving capital to small industries to provide things for the newly empowered farmers to purchase.)[54]

Ownership of productive (and the associated consuming) capacity can be spread by binary economics. Interest-free loans should be allowed for private capital investment IF such investment  creates new owners of capital and is part of national policy to enable all individuals, over time, on market principles, to become owners of substantial amounts of productive, income-producing capital. [55]

The Binary Competence
The object of the widespread capital ownership is to enable all individuals to obtain an independent income or binary competence. The competence is defined as:- a capital estate large enough to supply sufficient current consumer income to support at least one half of an affluent life style (measured in the context of what society as a whole can efficiently produce).

The binary competence is the practical implementation of the basic binary property right — the right for all individuals to acquire capital, to pay for it out of its pre-tax earnings, and then to receive its full payout income. The binary property right cannot be effective without an associated right to interest-free capital credit.

Figures contained in a 1998 study by Northeast Ohio Employee Ownership Center, Kent State University, Ohio and a 2005 study from the Center for Economic and Social Justice, Washington, D.C., indicate (2005 figures) that, aged sixty five, an adult would have a binary income of about $26,000 and a capital accumulation of at least $200,000 with both figures continuing to increase after the age of sixty five.

By using national bank-issued interest-free loans, a large company/corporation would get cheap money as long as new binary shareholders are created. The key point is that the cost, at the very least, is being halved while, at the same time, the ownership of productive capacity is being spread.[56]

Interest-free loans should be used, in particular, for clean, renewable energy.[57] At present, a lot of green technology projects are not financially viable. With interest-free loans, however, they would become viable. At last we would be able to have clean electricity through tidal barrages, tidal lagoons, wave machines, wind turbines, solar electricity, and geothermal power stations.[58] Time is short. Global warning is accelerating. A crash program of clean energy-generating projects is urgently needed. 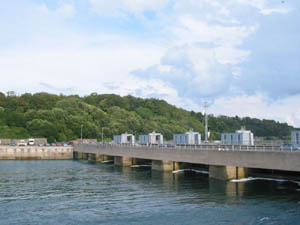 Clean electricity generation projects can be constructed at one half or less of the usual cost. The Rance tidal barrage in France is 330 metres long although similar structures — e.g., tidal lagoons — can be many times larger and can also be built out at sea in shallow coastal waters.

There is now also hope that some technologies – at present viewed with varying degrees of skepticism by mainstream science and previously thought to be physically impossible – are practical. Indeed, there are many ‘alternative’ technologies that, in principle, would be eligible for research and development funding under binary economics. Some of these technologies, if physically possible, would enable the clean generation of electricity for cars, houses, trains and factories and they can be found among the Top 100 Technologies which are a mixture of that which lies within, on the edge of, and outside existing science. An example is the use of magnetic interactions for clean electricity generation which does not require the input of any other energy (i.e. ‘free’ 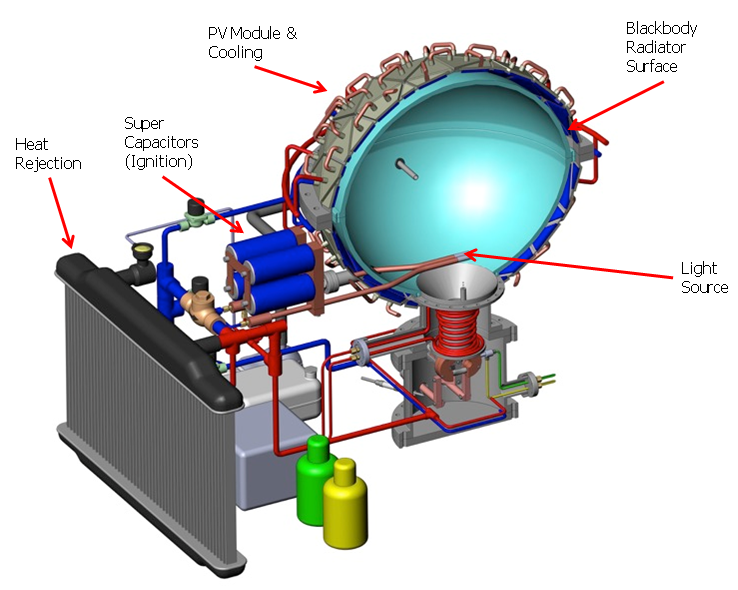 Moreover, ordinary algae, grown in tanks under lightweight structures, could easily solve our energy problems – see SolaRoof/Mass Algae and Solaroof All of these technologies should be implemented with interest-free loans.

Interest-free loans should be used for micro-finance, small business and farms thereby freeing them from the huge pressure of compounding interest-bearing debt. Farm capital can be one half or less of the usual cost.

The world’s poor people can be enabled to acquire some capital or training by the use of interest-free micro-finance[60] being funnelled through the Grameen Bank and similar institutions such as the Institute for Integrated Rural Development. 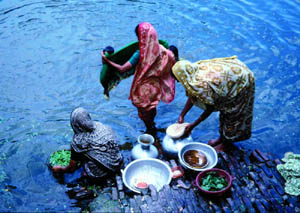 However, today, as in Bangladesh, the micro-finance money bears interest. This is because, increasingly, donor fatigue is resulting in the drying-up of grant money and so micro-finance lending institutions are turning to borrowing from commercial sources at interest. This causes the loans to cost twice as much as they need cost and that has dire consequences for people living on one or two dollars per day. Binary finance to a borrower costs roughly half or less that of conventional finance and it is disgraceful that, quite unnecessarily, the world’s poorest people, e.g., Bangladeshi women, have money-lenders battening onto them.

There are two factors in production — human labour and capital. The labour factor is enhanced by education. 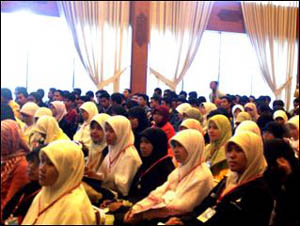 Education should be free, particularly up to the age of sixteen. If, thereafter, education cannot be free, interest-free loans should be available because older 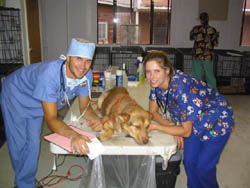 students should not be unnecessarily burdened with interest-bearing debt maybe for the rest of their lives.

At present the money supply largely goes into derivatives and existing assets (e.g. the continual inflation of house prices around the world) rather than into the development and spreading of new productive capacity. 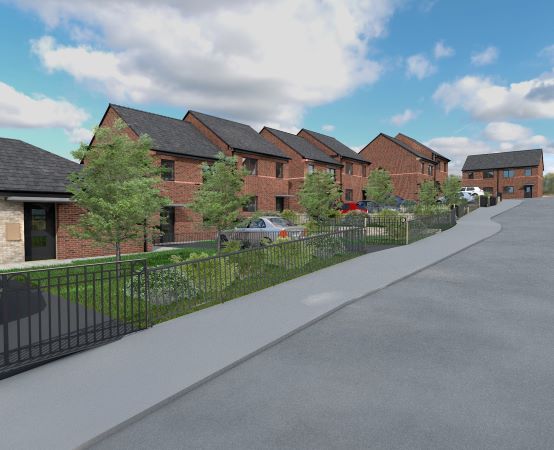 It is not the intention in any way to risk adding to the inflation but, certainly when there is 100% banking reserves (and so the banking system cannot create money), the use of interest-free loans for homes will become policy thereby halving at least the present cost.

There should not be 125% loans for homes as happens at present (maybe 80% is more appropriate and only two to three times earnings) and deliberate false valuations, like false declarations of income, should be subject to criminal penalty.